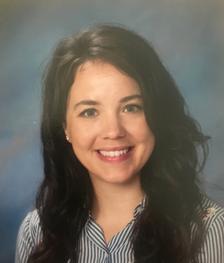 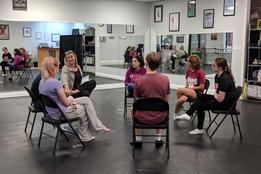 ​​Rick has grown up acting, singing, and dancing. Through school, he performed in The Music Man, Joseph and the Amazing Technicolor Dreamcoat, Guys and Dolls, Oh, Dad, Poor Dad…, and Neil Simon’s Come Blow Your Horn and Prisoner of Second Avenue. In his hometown, he co-founded a community theater group and served as Musical Director where they performed The Roar of the Greasepaint, The Smell of the Crowd and The Apple Tree.

Rick has also served as Music Director of a summer camp where he taught 400 campers to sing together. He graduated with a Bachelor’s degree in Radio & Television Broadcasting under Speech and Theater from Montclair State University, combined with a minor in Behavioral Psychology specializing in Child Psychology. During college, he owned two music studios in Northern New Jersey where we taught music lessons to children. Following college, he owned and operated a recording and video studio.

Since 2010, Rick has arranged and produced specialty music material performed at Nazareth Area High School’s Graduation held at Stabler Arena. For the past three years, Rick has also provided Sound Design for Holy Family School’s Spring Musical. He is excited to continue working with Catherine Little at Movement Theater.

Laura started dancing in Queens, NY at the age of 3, and as a teenager began her professional dance training at Broadway Dance Center and Steps on Broadway. She holds a BA in Dance Pedagogy from SUNY Empire State College, and is a graduate of the Dance Education Laboratory at the 92nd Street Y. Laura has taught and choreographed for some of Manhattan's finest private schools, after-school programs, dance clubs, summer camps, and continuing education programs. She has instructed children aged 3-18 and has also taught adult tap dance classes. She has performed as a tap dance soloist in variety shows and also for several musical acts and singing artists. In recent years, Laura served as the Co-Producer of an Off Off Broadway musical, in which she also appeared as a dancer and actor. In 2018, she relocated from NYC to Bethlehem, PA, where she currently teaches tap and creative dance. She is thrilled to share her love of tap dance with the talented students at Movement Theater! 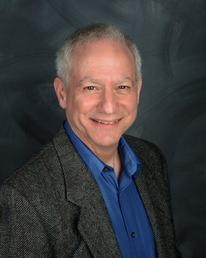 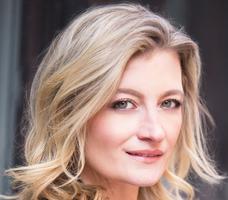 Carly Glantz has been teaching with Movement Theater since 2010. She grew up performing as a featured dancer in the Philadelphia Thanksgiving Day Parades and competing in competitions throughout the state. She attended Lock Haven University where she studied Early Childhood and Special Education while also minoring in Dance. During her time at Lock Haven, she was heavily involved with Dance Consort, Modern Dance Company, and Revamp. She was both a dancer and choreographer. She also served as President of Modern Dance Company and Dance Consort. Carly was instructed by Tennessee's Ballet Artistic Director at Bucknell University and attended the American College Dance Festival at Penn State University. Aside from collegiate dance classes, Carly also taught professionally within the Lock Haven community.  She also assisted the LHU Dance department as a volunteer instructor for local elementary schools. Carly graduated from Lehigh University with a graduate degree and currently teaches special education. Carly is excited to share her love of dance with the next generation!

Catherine Little has been involved in theater in one form or another for the past 25 years. She has been the Director of Theatre at Holy Family School, Nazareth and has been directing and producing musicals there for the past 15 years. She has also co-directed the past 7 Christmas shows here at Movement Theater. Catherine has been onstage as an actor as well as back stage in various productions over the years! She has been blessed to work with dedicated and talented people along the way. Catherine is now the head director of The Nazareth Acting Compnay based out of Movement Theater.  She is thrilled to have the opportunity to help actors of all ages and stages to grow and learn their craft.

Ms. Colleen is a graduate of Temple University with a degree in dance. A former owner of Colleen Margaret's Dance Elite Studio in Philadelphia. Colleen's preliminary training started at the Debra Sparks Dance Works, as a member of the Philadelphia Children's Ballet Academy. Growing up she performed in the Nutcracker, Recitals, Competitions, Fashion Shows, Fundraiser events, Musicals, and High School Dance productions. Exposing herself to excellent Master Teachers and numerous performance opportunities influenced Colleen's ability to become a successful dancer and teacher! Colleen is trained extensively in Ballet/Pointe, Modern, Jazz and Tap. She brings 26 years of teaching experience, focused on proper technique and influencing students to find their inner passion for movement! Many of Colleen's past students have gone on to teach, dance and open studios! In addition to owning her 1st studio, Colleen danced professionally for Eva Gholson in Philadelphia and PA Dance Repertory Ensemble in East Stroudsburg. Colleen has taught and choreographed in the Philadelphia & Pocono region for camps, studios, and outreach groups. She also taught for 2 years at the Lehigh Valley Ballet Guild in downtown Bethlehem. Colleen's newest endeavor is the Producer of the newly formed Nazareth Acting Company, based out of Movement Theater. Her mission is to provide a nurturing, professional environment for youth & adults to train and perform! She is excited to share her passion for the arts with others! 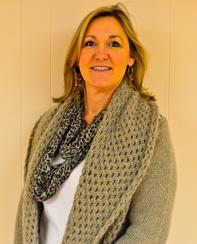 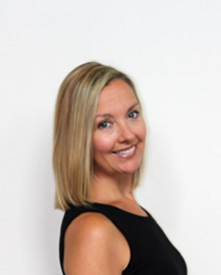